Home Politics McConnell crows about how Manchin and Sinema are helping him thwart Biden's...
PoliticsToday 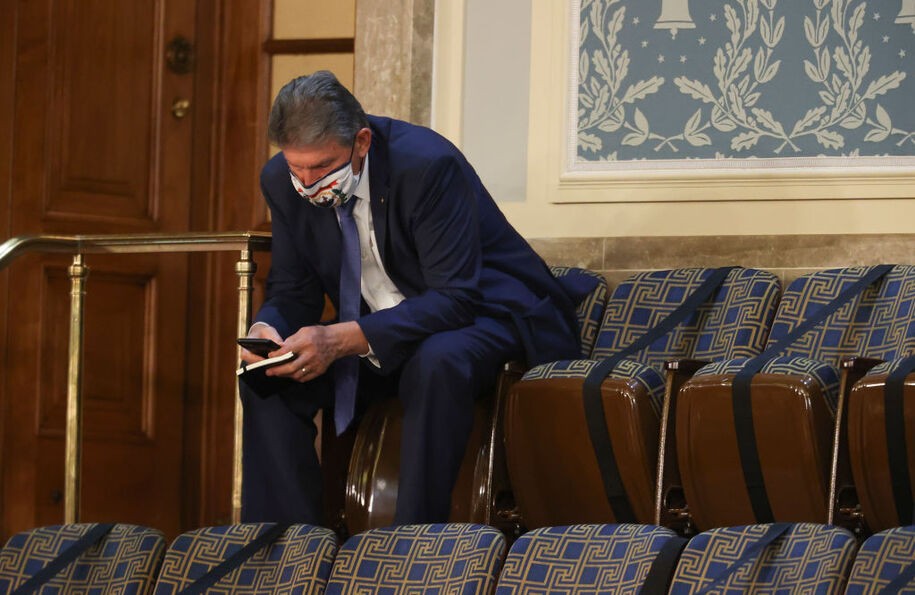 Manchin said in the context of his announcement that he was handing his vote over to McConnell on a silver platter and would opposed the For the People Act. Instead, Manchin said, he would support the John Lewis Voting Rights Restoration Act, a restoration of the provisions in the VRA that the Supreme Court struck down in 2013. In fact, he says, he wants all 50 states to have to get preclearance from the Justice Department before making changes to election practices, something restricted to just those states and jurisdictions with histories of voter discrimination under the VRA pre-2013.

What Manchin was refusing to acknowledge—and which the ABC reporter interviewing him didn’t press him on—is the fact that it would take 10 Republicans to pass it. Guess how many Senate Republicans co-sponsored it last year? One. Lisa Murkowski. Guess how many Republicans voted for it in the House when it was passed there in 2019? One.

By the way, Republican Sen. John Cornyn has already started shooting Manchin’s plan down. (That was quick.) Cornyn used the opportunity of a Judiciary Committee hearing on Kristen Clarke, the nominee to head the Justice Department’s Civil Rights Division, to trash the idea. Without mentioning Manchin by name, he suggested that “there is an ‘effort afoot’ to do through the’back door’ what S1 was trying to do through the ‘front door:’ a supposed federal ‘takeover’ of the U.S. election system.” So that’s going well.

Go on then, Manchin. Tell us about how much Republicans care about protecting the precious franchise for everyone. Tell us about how you’re going to get this bill done. While you’re at it, how about filling us in on your brilliant plan to get the infrastructure bill passed without nuking the filibuster, because you must have one.

He must have that plan, right, or he wouldn’t have signed up to be used by Mitch McConnell this way. He wouldn’t be acting this arrogant, this obnoxious, if he didn’t have a plan, right? He wouldn’t be able to say he met House Majority Whip Jim Clyburn and Sen. Raphael Warnock to discuss his refusal to end the filibuster.

He wouldn’t be so arrogant and condescending as to say that those meetings with these “very good patriots” informed his position on the filibuster, and then announce that he is opposing the bill that would ensure everyone’s voting rights are restored. Right?

As for Sinema, who the hell knows what’s motivating her. Whatever it is, it isn’t working. Not outside of McConnell and Republicans. What’s really astounding considering the egos on these people is that McConnell has made absolutely no secret about the fact that he is using them, and that it’s public knowledge that he’s doing it. They are his willing tools, and seemingly don’t care who knows it.

Their intransigence has gotten the two of them one-on-one meetings with Biden. Not that Biden is going to be taking any advice from a left-wing blogger, but what should have happened in those meetings was Biden giving those two marching orders. Find their 10 Republican votes for infrastructure, for voting rights. Get those 10 Republicans to state publicly, with cameras rolling, that they will vote for any compromise, bipartisan legislation. If they can’t do that, they can kiss goodbye any help from the White House on anything ever again. If he were taking advice from lefty bloggers.

Pfizer CEO Albert Bourla addresses a press conference after a visit to oversee the production of the Pfizer-BioNtech COVID-19 vaccine at the factory of...
Read more
Entertainment

Getting into a hairy situation. Real estate super agent Fredrik Eklund has cornered the New York City property market and made his mark on Los Angeles...
Read more
Health

Getting into a hairy situation. Real estate super agent Fredrik Eklund has cornered the New York City property market and made his mark on Los Angeles...
Read more

See Fredrik Eklund Sell an Apartment to an Alpaca in Hilarious...